The Word2Vec is a semantic learning framework that used a neural network to learn the representation of words or phrases in a text. It is usefull to understand the semantic meaning behind a term. This algorithm use two methods: 1 - CBOW 2 - SkipGram In Continuous bag of words CBOW predicts the current word from a window of surrounding context words, or given a set of context words predicts the missing word that is likely to appear in that context. The SkipGram predicts the surrounding window of context words using the current word of given a single word, predicts the probability of other words that are likely to appear near in tat context. SkipGram is known to show good results for both frequent and rare words. This process is similar to the NGram but now the window is applied also to the preavious words of the input word; the neuranl network is able to learn the combination between both preaviuos and posteriors words in a semantic way.

The Word2Vec is a deep learning algorithm that draws context from phrases. Every textual document is represented in the form of a vector, and that is done through Vector Space Modelling (VSM). We can convert our text using One Hot Encoding. For example, having three words we can make a vector in a three dimentional space.

The problem with One Hot Encoding is that it doesn’t help us to find similarities. In fact, from the graph above, every distance is same from each other, and we cannot find similarities using for example Euclidian Distance. That is why Word2Vec data generatiioin also known as Skipgram is used. The Word2Vec is a Word Embedding where similarities come from neighbor words. 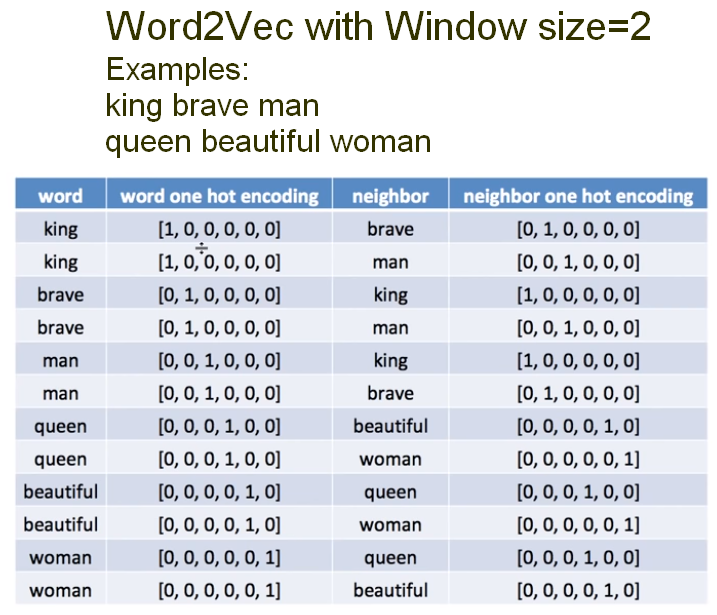 From the example above, we converted the words in a One Hot Encoding, and we also codified the Neighbor One Hot Encoding. The architecture of the Word2Vec is as described below. 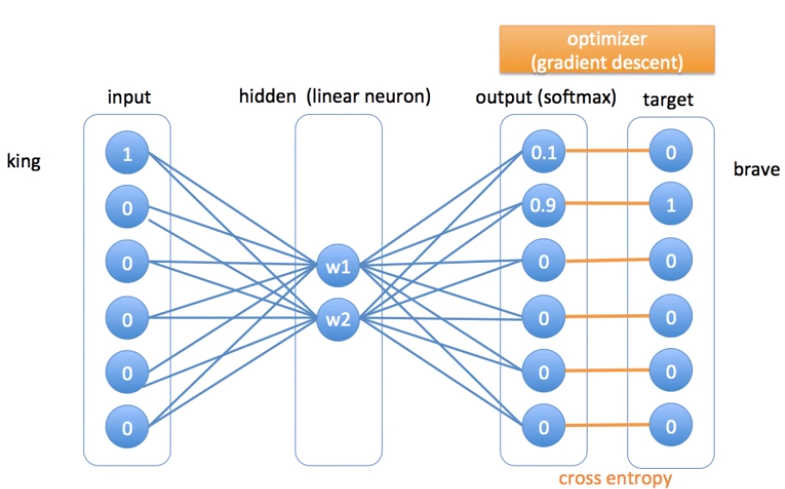 The example described by the figure above, try to train the word king as input and brave as neighbor using gradient descent as optimizer. During Backpropagation we have an update of the Weights in the Hidden layer for each combination of words, and the inputs are multiplied with the updated weights. The Weights continue to be aìupdated during each combination of words based on the context of each phrase. The Softmax Function create the probability distribution, and Gradient Descent is used as optimizer. There is an interesting simulation here where we can simulate to train a ANN and see how it developes.

The crucial point is to be able to predict the Context Word from the Focus Word, namely the word in the sentence. 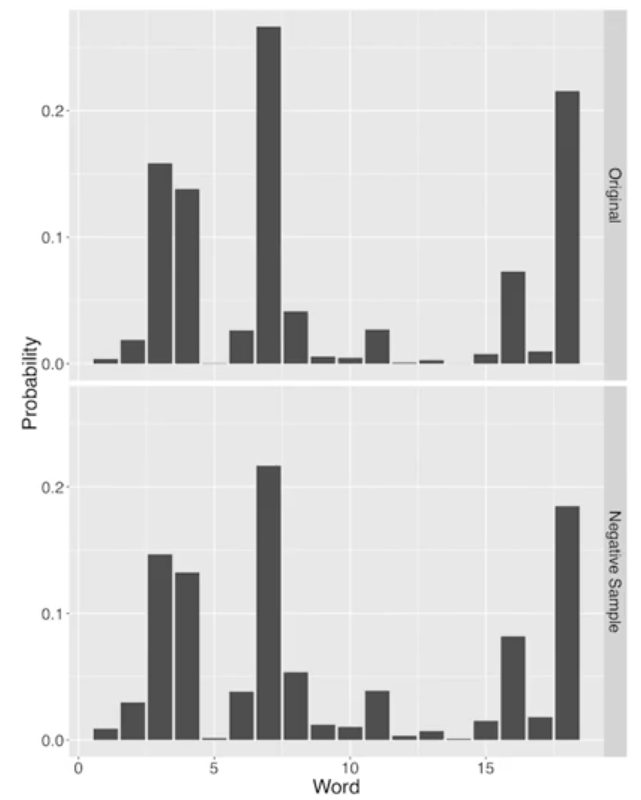 There is an interesting simulation here where we can simulate to train an ANN and see how it develops. And here the related theory.