To solve this problem, we can focus on the observations on the edges of each cluster and use the midpoint between them as the threshold called Maximal Margin Classifier. Now, with this method, the same observation we considered before is closer to the not obese mice than iti is to the obese mice. So, it makes sense to classify this observation as not obese.

The name Support Vector Classifier comes from the fact that the observations on the edge and within the Soft Margin are called Support Vectors.

Now, if each observation has not only the Mass (g) measurement but also the Height (cm) measurement, then the data would be two-dimensional; in this case the Support Vector Classifier is a line. The blue parallel lines in the figure below give us a sense of all of the other points are in relation of the Soft Margin (i.e. we have one not obese observation inside the soft margin and it is missclassified). Just like before, we use Cross Validation that allow us to find better classification. In mathematics jargon, a line is a Flat affine 1-Dimensional subspace. 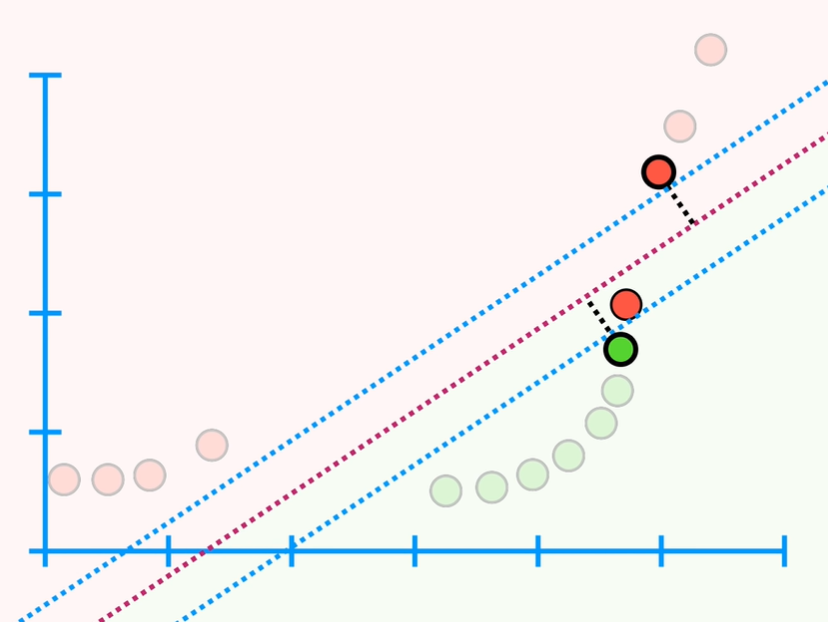 From the figure above we can see that we have one observation inside the soft margins and it is misclassified. Just like before, we use Cross Validation that allow us to find better classification for the misclassified observation. Moreover, if we have three dimensions the support vector classifier is a plane instead of a line. And we classify new observations by determining which side of the plane they are on. In mathematics jargon, a line is a Flat affine 2-Dimensional subspace. When the data are in 4 or more dimensions, the Support Vector Classifier is a Hyperplane, and in mathematics jargon a hyperplane is a Flat affine subspace.

Very High Overlapping - Support Vector Machine Support Vector Classifier seems very good because it can handle outliers and overlapping classifications. But what can happen when we have tons of overlapping? For example, consider that we are looking at Drug Dosages where red dots in the figure below are people not cured and in green dot people cured.

With the high overlapping depicted above, no matter where we put the classifier because will always make a lot of misclassifications. So, Support Vector Classifiers don’t perform well with this type of data. The solution is to use the Support Vector Machines. We use the x-axis which represent the dosages we observed, but we also add an y-axis that will be the square of the dosages. 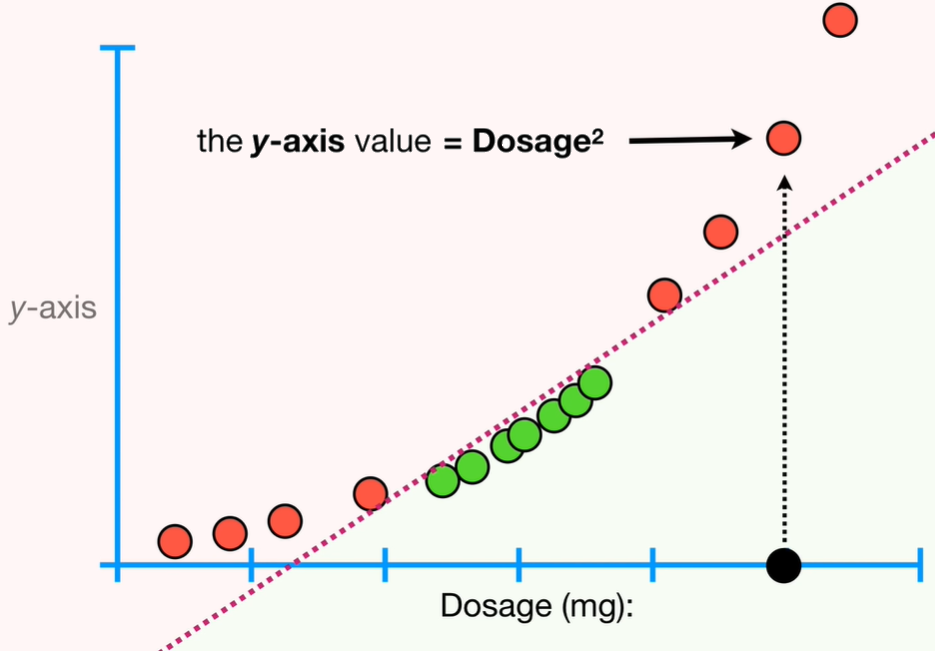 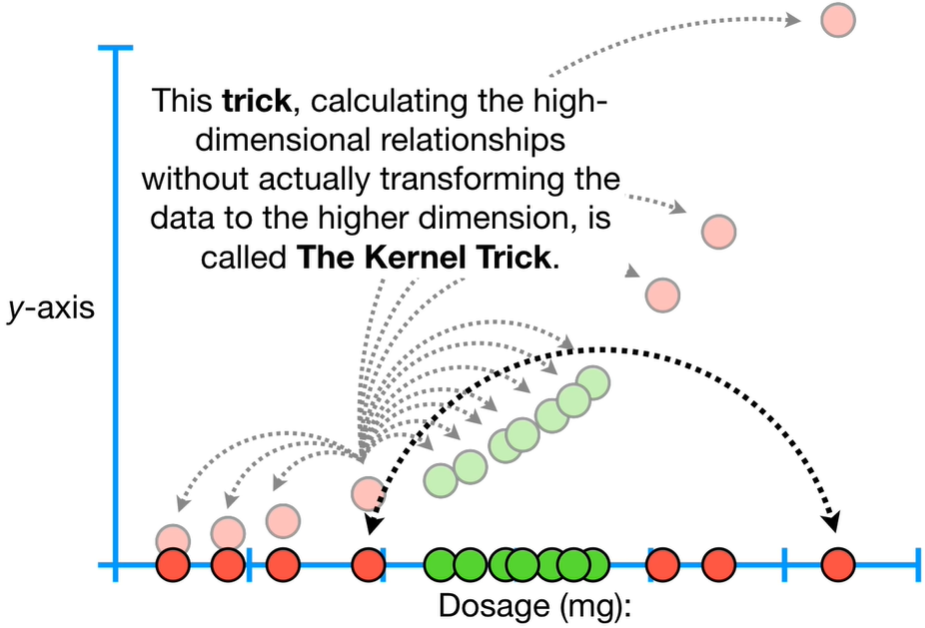 The Kernel Functions only calculate the relationships between every pair of points as if are in the higher dimensions. This trick, calculating the high-dimensional relationships without actually transforming the data to the higher dimension, is called The Kernel Trick. The Kernel Trick reduces the amount of computation required for Support Vector Machine by avoiding the math that transforms the data from low to high dimensions.