Introduction A fascinating aspect of our brain is the Synaptic pruning. One of the grand strategies nature uses to construct nervous systems is to overproduce neural elements, such as neurons, axons and synapses, and then prune the excess. In fact, this overproduction is so substantial that only about half of the neurons mammalian embryos generate will survive until birth. At the same way the pruning in ANN is used to eliminate redundant connections between neurons during the training. This process is also known as Drop-out and play an essential role in Back Propagation.

The Alpha-beta pruning removes all the nodes which are not really affecting the final decision but making algorithm slow. Hence by pruning these nodes, it makes the algorithm fast. 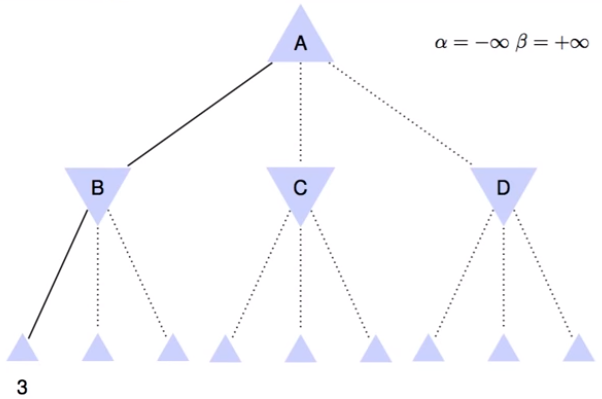 We start with Alpha = -∞, Beta = +∞, and we want to increase the Alpha value but also Alpha has to be less or euqal to Beta. In the previous example, we had as first value 3, and now we have to ask if 3 is less than Alpha (-∞). Becasue 3 is greater than Alpha, and less than Beta (+∞), we can update Beta = 3. We continue this process for all the values in the tree. 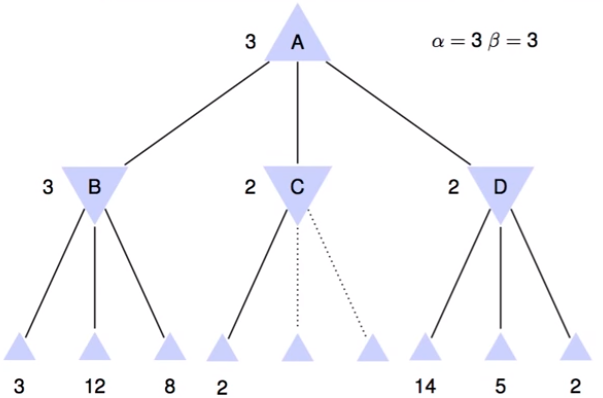 At the end of the algorithm the minimax for the root node A is 3, and we did not explore the two not defined final nodes of C. Moreover, if we reorder the final nodes of D by 2,5,14 we immediately discover the solution for this node which is 2. Crucially, when we have to deal with a large number od nodes, this procedure save us a lot of time, and we arrive faster to the solution without affecting the final outcome. This procedure is called metareasoning.